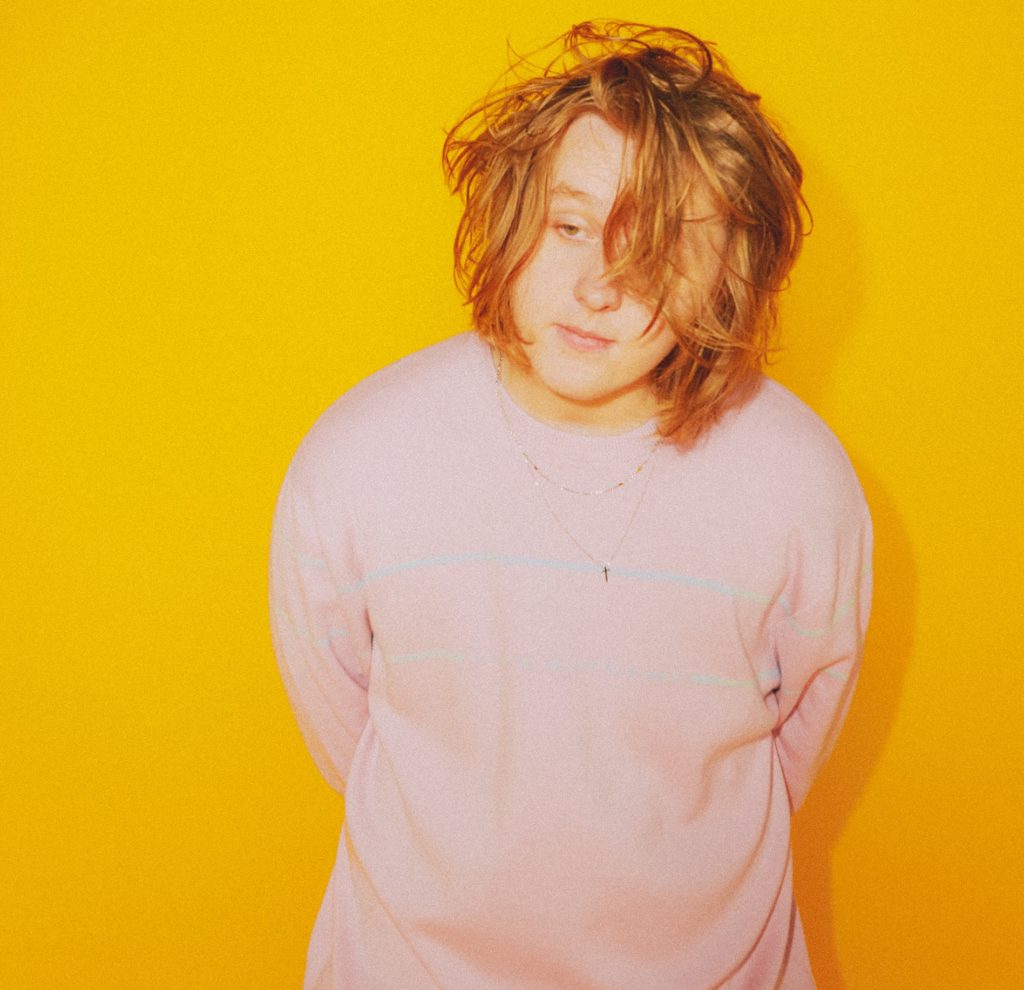 When I chat to Lewis Capaldi on the phone, he’s on a big ass tour bus on his way to play a big ass show with Rag’n’Bone Man in the big old US of A.

“There’s this big bedroom, it’s ridiculous, and we’ve got these bunk beds. I’ve always seen myself as the one who like, oh man if I was on a tour bus I would just sleep in the bunks, but when you see the bedroom and it’s got that big massive double bed, it’s like fuck you guys!”

If I was performing days on end to sold out stadium gigs across America, I’d say fuck you guys too when it comes to the sleeping arrangements. You need a big bed for big vocal chords, you know?

“The last time we did a tour here we did a lot more dates and a lot more shows with not as many days off. We did that in a people carrier and it was shit, it was fucking awful. I mean the shows were good but the actual travelling was horrific. I’ve paid my dues for that one tour.”

Lewis Capaldi’s rise to fame over the past year can be measured in Youtube hits and Spotify streams – 12 million here, 64 and a half million there, he’s gaining traction fast. The Scottish songster has supported the likes of Niall Horan, and has upcoming dates in the UK fresh off his American tour.

“It’s been a bit mental. Things did happen a bit faster than any of us ever expected, and as much as you can find your feet, we have.”

“Ever since we released that first single, ‘Bruises’, it just did a lot more than any of us were expecting. I don’t mean this in a bad way, but I think me and my managers weren’t particularly ready. We thought we’ll put this little single out and see how it goes and then we’ll come back with a proper release. It just kind of shook us a little bit. We had to kind of wake up and catch up for a bit.”

And that’s what I like about Lewis, he’s no humble bragger, he’s just humble. His honesty is refreshing in a world of glitz, glamour and unreality. Joining the likes of Jack Garratt, Tom Odell and Ben Howard with their sound which is very much of the moment, Lewis has a tender voice with a perfectly serrated edge. It carries in it all the weight of the world that being 21 brings, with lyrics about breakdowns, break ups, lost love and longing. And it’s not clichéd, it’s relatable and it’s on the level of a catchy pop song. We all have or will experience these things he’s singing about, if we’re lucky.

His 2018 release ‘Tough’ is perfect soundtrack music, like a play by play for some kind of shattered love story. It’s that indulgent kind of angsty music I like to listen to when I’m feeling sad or had one too many gins.

“I didn’t really listen to pop music until I was 18. I used to think I was too cool to listen to music in the charts, and then you realise it’s fucking amazing.” So, pretty much like the rest of us then but we just won’t admit it.

“I remember my mum and dad always had Fleetwood Mac and Elvis on in the car. People like Paolo Nutini were like the first ones to introduce me to like oh people can make music like this. It kinda shocked me there was a guy like this making music, and he was from where I’m from.”

His music has that unique ability to sound tender and soft, yet hard with a brittle quality that gives it a feeling of depth beyond that of a typical pop song. His single ‘Rush’ featuring Jessie Reyez has spine-chilling piano ripples with lyrics that take you all the way to the scene of your last failed relationship: I hope you’re lonely, hope you’re lost ’cause I’ve been, and I’d hate to think you’re better off without me. I know we tried to hold on but where do you go when love it just ain’t enough.

Although initially inspired by artists like Bob Dylan and The Beatles, Lewis is also looking to modern day contemporaries for what’s next: “These bands were obviously very crucial in the sound I’m making today, but recently I’ve listened to a lot more rap. I listened to Kendrick Lamar’s album DAMN. and I would like to write something as good as that in my own way.”

With so much accomplished already, this is an exciting moment of what’s next? for Lewis and his band. “I think for the next tour coming up it’s gonna be all tour buses, unless things go horribly horribly tits up. If there’s a lot of tour buses in my future, I think my future looks bright.”