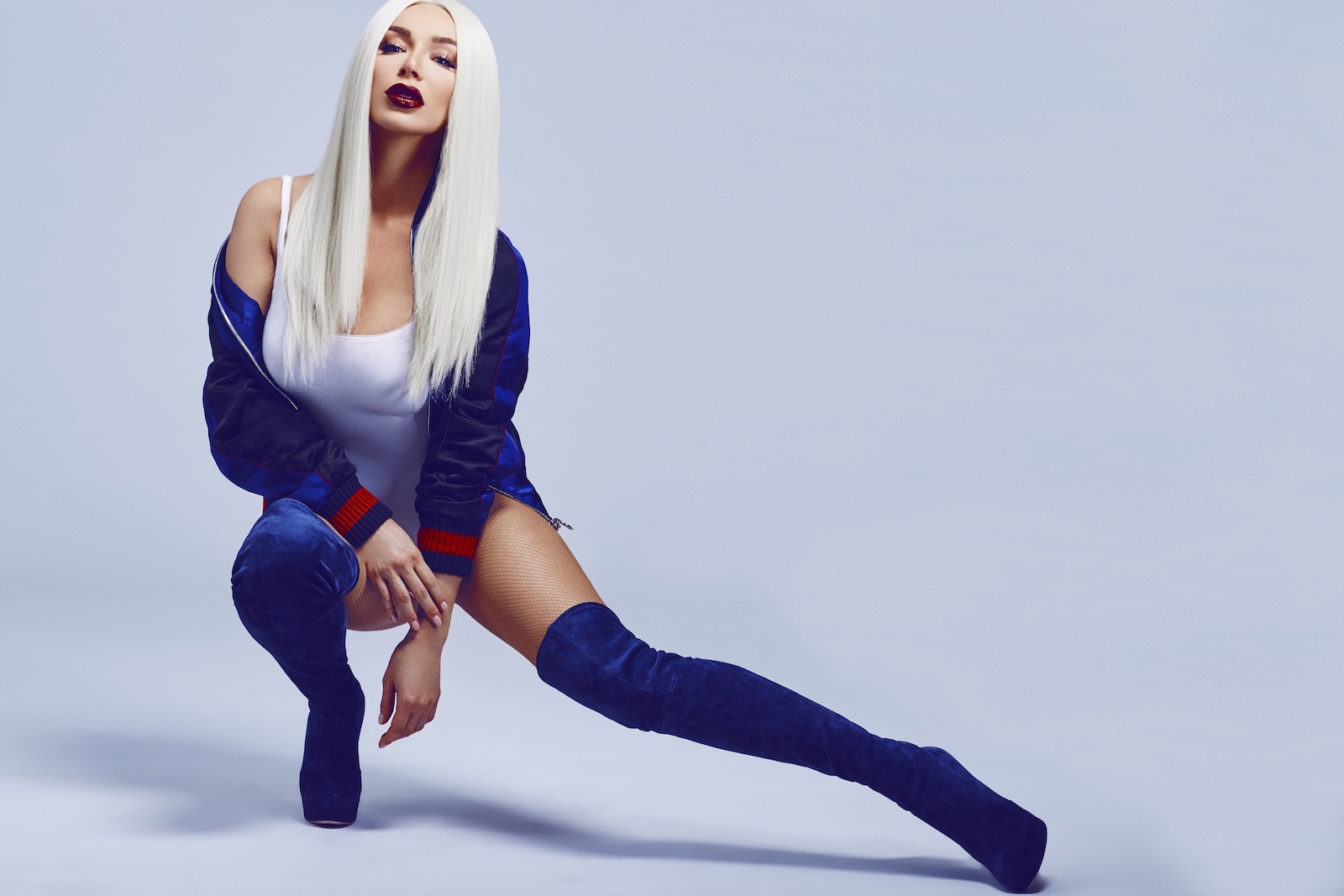 Listening to Ivy Layne makes me feel 17 again. Like it’s a Friday night, I’ve just finished an exam and the long summer evening stretches out in front of me full of promise and alcopops.

She’s just the person to soundtrack your getting ready routine: shimmer eyeshadow, pink kitten heels and a strappy dress teamed with her catchy pop melodies are guaranteed to set you up for a great night out.

As one of TIDAL’s new Rising Artists, Ivy hasn’t been on the scene long, but has been entertaining and performing ever since she can remember. “I was born an artist,” she explains with confidence and determination.

Ivy was born in the Ukraine, but lived in France for part of her childhood where exposure to different cultures and music influenced her own worldview and artistic progression. “It was definitely a culture shock at the beginning, but kids pick things up fast and adapt to new environments easily. I feel blessed that I know about different cultures and that I had the chance to live them, understand them, take out the best out of them and mix them with my own.”

She’s now based in the US, having lived in both Los Angeles and New York –which she describes as a melting pot. “The culture the people, the diversity and the energy you feel from the city is so contagious.”

With her skin-tight bodycon outfits, high heels and long blonde hair à la Nicki Minaj, Ivy’s style and sound is very much what we’re seeing and hearing in popular music videos right now. Her latest release ‘One You Love’ is a catchy, fun summery pop song with a mellow Caribbean rhythm.

Ivy cites her musical influences as musicians like Prince, Michael Jackson, and with her trademark platinum blonde locks – Gwen Stefani: “It’s hard to find a musician born in the ‘90s not influenced by Michael Jackson. If you had to write an ‘Artist for Dummies’ book all you need to do is take a look at the way Prince and Michael Jackson lived.”

“I have always loved how Gwen Stefani started her career with No Doubt and was able to transition and build this huge solo career creating different types of music. I also love how she was able to make music with hip-hop and reggae artists, which made a lane for herself when she started.”

Building a career as a musician today takes a lot of hard work when you’re in competition with so many self-produced stars who have found success online. With over 39,000 Twitter followers and over 293k followers on Instagram, it’s fair to say Ivy has a good handle on how to engage with her fans. She sees social media as a way to interact with her fans, but also as a medium for “studying what’s happening in the industry.”

When asked what’s different about her life since moving to New York, Ivy explains that although she is still the same person, living across countries and continents has helped her to understand the world better. “Where you live and who is around you are big factors in what influence you.”

Ivy has collaborated with Jamaican singer and DJ Popcaan for ‘One You Love Part 2’. It gives the single a fresh sound with Popcaan’s lilting vocals mixed with Ivy’s catchy chorus refrains. No doubt there’s more of that to come from this rising star.