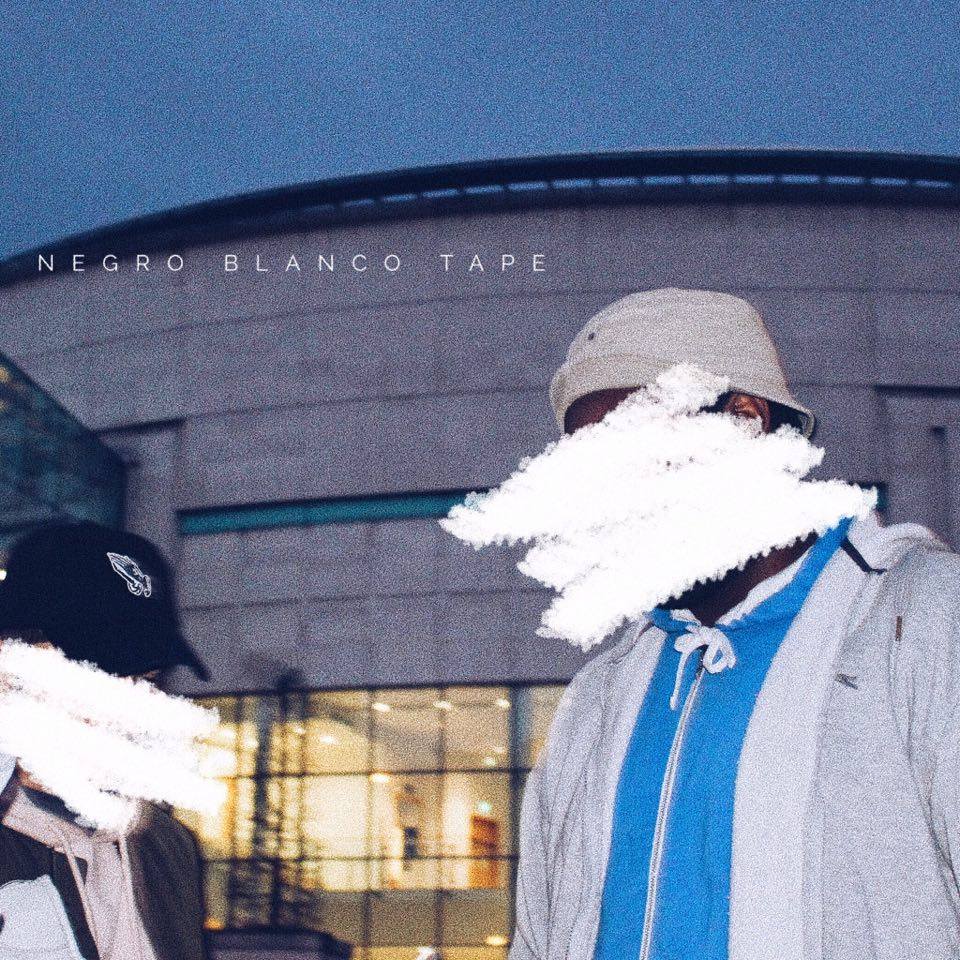 Northern Ireland isn’t exactly known for its hip hop scene. It’s more lauded for producing acts like Two Door Cinema Club, Snow Patrol, Ash, Van Morrison and Gary Moore to name a few. But Daniel and Ryan are paving the way for hip hop in the city in a new and exciting way.

Self-produced and completely self-motivated, Daniel and Ryan met through mutual friends over a year ago, and have been working towards this project as a way to reignite the hip hop genre, both online and through the local music scene in Belfast.

Daniel’s Jamaican roots have had a strong influence on his musical style, whether it be through cadence or his unique turn of phrase in his charming Caribbean/Belfast brogue. But having grown up in this small city, this mix of cultures evident in his style doesn’t always sit easy with listeners, especially when it comes to the “fractured” music scene here.

“I’m from Jamaica, and obviously the way I speak – the way I rap – either I sound British or Caribbean. Whenever I rap people say I’m trying to sell out.”

Ryan agrees, it’s not always easy to be accepted in a city known for its history of divisions and conflict: “It’s a closed-mindedness, you have to sound a certain way for them to like you. They knock anyone else and they tear you down if you try to sound different.”

This idea of having to conform to be popular isn’t what comes across in Negro Blanco. The tape’s opening playful, tongue in cheek ‘No Skts’ is a short and snappy intro track. It has Daniel’s Bugs Bunny-esque voiceover running alongside Ryan’s American-accented backchat. And the variety of styles, genres and layers keeps the record interesting, it suggests a sound not usually found on a stand-alone record and proves that Negro Blanco isn’t just a hip hop tape – it’s a mixtape.

Although, Ryan would argue that there are barriers to performing as a hip hop artist, and that “here is not ready for hip hop.” Perhaps he’s right – the city isn’t as open and welcoming to the type of music he and Daniel are making, and finding a supportive platform to showcase their work hasn’t been an easy ride.

And with lyrics and themes that maybe your granny wouldn’t be too keen on hearing layered throughout their mixtape, it’s no wonder people are raising a few eyebrows. But the R-rated language is just a surface for songs that actually deal with real life issues, and ones that challenge authority in an unexpected way.

The second track on the tape, ‘Police Report’, depicts the rather vivid imagining of a post-rap dystopian landscape where the elusive they have “already killed most of the rappers in Belfast.” With references to the Mexican drug lord known as El Chapo, who has also been cited in 2 Chainz’s song ‘El Chapo Jr’, it shows that Ryan and Daniel are fully-aware of the subjects often explored in hip hop, and aren’t afraid to poke fun at them.

At the same time though, there is a strong sense of social awareness running through the mixtape. The politically-charged lines “We got a negro, I’m blanco, be careful ‘cause they’re on the loose one in seven but we kill ‘em in twos” repeated throughout ‘Police Report’ bring to mind the amount of shootings and acts of police brutality committed in recent years.

Hip hop is a type of music known for being socially-conscious in a way that perhaps other genres aren’t always attuned. Having grown up in Belfast being black and from another country, Daniel has come across barriers that other Northern Irish musicians would never have encountered. His experiences have been explored in another collaborative work with Ryan – in a previous mixtape called Same Difference.

“On Same Difference we talked a lot about racism. Ryan spoke about someone looking in- into racism – while I spoke about someone experiencing it. Most of it’s just ignorance, but I think deliberate ignorance is worse than racism cause you know better but you’re doing it on purpose. That’s when it hurts most.”

But for now, Daniel is determined to work and carve out the hip hop scene in Belfast with Ryan: “if we build this city then we are legends forever.”

This idea of being stronger when working together, collaborating and helping each other is central to the way they produce new work as a team. “I think that the friendship me and Daniel have is essential to the music that we make,” Ryan says, which is a refreshing acknowledgement of someone else’s talent, and something that the pair support in their involvement with Wave – a partnership of musicians.

Daniel and Ryan cite their influences as artists like Kanye West to Eminem, Drake to Frank Sinatra. “Music is the most influential art on earth, it influences most of what people wear, most of what’s in pop culture – even listening to Taylor Swift you hear 808s in her songs,” Daniel argues.

And for Ryan, “Eminem would be the biggest for me just because it sort of helps deal with those comments that you get from people. If you look at how Eminem started he was the only white guy in a black art form. Everyone pushed him down, and he still kept going.”

The positivity and energy Daniel and Ryan exude during our interview is inspiring. These are two young guys, writing, rapping and recording tracks in an attempt to really make an impact on the hip hop scene, as well as in their home city. Their music is a celebration of creativity and experimentation, and Negro Blanco is an expression of that.