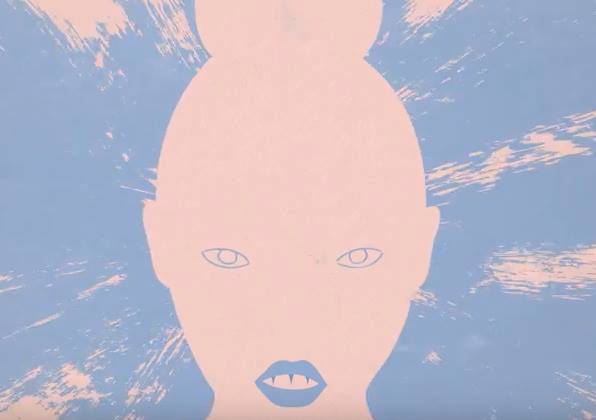 If you’re not familiar with singer/songwriter/muli-instrumentalist and all around creative badass Amaroun, it’s time to get acquainted.

She’s the Northamptonshire songstress behind mellifluous indie-folk tune “Bed Bugs” (below). To commemorate the release of her latest single “The Fear,” we had the pleasure of holding a virtual Q&A with her to talk about her songwriting process, her vision for Greenstone Festival, and the old-school emo jams she’s digging.

Amaroun, whose real name is Jay Brown, has been involved with music her entire life. Her passion was instilled in her at a very young age in church where she began singing gospel music. She was active in rock bands throughout her teens, making music with a variety of diverse artists. This eclectic collection of experiences is apparent in her music. The lyrics are tinged with folk, her voice is soulful and simultaneously gritty- exhibiting powerful punk infused growls. To top it off, she uses electronic loops and subtle percussion to give her music a lulling yet commanding atmosphere.

There’s a lot going on in each song she crafts; a panoply of influence and sound. We suggest giving “The Fear” a listen on SoundCloud, and notice the feeling you get from it. Once you’ve done that, read on below and see if your interpretation matches up with Amaroun’s eloquent intention.

Can you tell us a little bit about your new single “The Fear?”

I saw that you posted a spoken word poem called “Corners” on your Facebook to complement the track. I love your use of language. How are the two related?

Thanks! The spoken word was written after the song but was mostly inspired by my state of mind at the time, which is to be happy with who I am entirely.  It’s important to love yourself and be ok with change, daring to break through fears that hold you back in life.

Amaroun seems to be a storytelling project. What is your writing process like?

I love telling stories through my songs. From a young age I’ve always expressed myself through song or poetry so my writing process is simple:  I get inspired by a melody or lyrics and then I just can’t stop writing. Instead of locking them in my head, I’ve become more nifty on Logic (music software) so I can get all my ideas down in my bedroom. I sometimes get lost in a tunnel of demo-ing. These have to be one of my favourite moments.

It’s my understanding that you’ve been involved in music pretty much your whole life. How does Amaroun differ from your previous musical endeavors?

Music has definitely always been a part of my life. Amaroun has come about because I feel a natural transition in my life and I feel excited and strong behind this name. It’s also important to me to keep things fresh and evolving. My style of music has changed too, subconsciously. It feels right. I am really growing.

On top of all this, I hear you’re quite instrumental (unintentional music pun) in the Greenstone festival. Can you tell me about your role in it?

I am the founder of Greenstone Festival– a grassroots music festival started in 2012. The first year there were 50 people, 150 the second year, and now in it’s third year we’re aiming for 400 festival-goers. There is a team working on it now –  Valerie Balligand, Pablo de Palma and Matthias Borgeaud. It’s amazing building something with your best friends!

This year we teamed up with BBC Introducing, Strong Room Bar, and local Northampton companies such as Mushroom Lighting which is very exciting! The lineup is filled with loads of up and coming talent, I genuinely can’t wait.

What artists are you digging right now?

I’m at the gym a lot these days so I’ve been listening to a lot of hip hop and grime! Drake, Kendrick, Stormzy, Section Boyz, Beny Banks and Big Sean to name a few.  I’ve also been listening to Bunki, he used to play synth in my band. Francobollo- a Swedish alternative rock band- are good friends a of mine who have an album out later this year. Reykjavíkurdætur- who I saw in Peckham, London where I reside- and ended up having an amazing night out with them after.

I’ve been dipping into a lot of my old school blues and classics like Nina Simone and that song “Windmills Of Your Mind” by Dusty Springfield. Then there are the standard emo ones that come on….dare I say Taking back Sunday and Jimmy Eat World!

What can fans expect next from you? Is there an EP on the horizon?

I would love to release an album next year. For now we’re looking at an EP in September. We also have a lot of gigs coming up in London and my band and I will be heading to Paris to do some dates. This will be special for me as I created most of these songs you are hearing on my month escape to [Paris] alone.

Amaroun will be touring throughout the summer. To stay up-to-date with her every move, head to her Facebook page, where you can find details of forthcoming London dates.