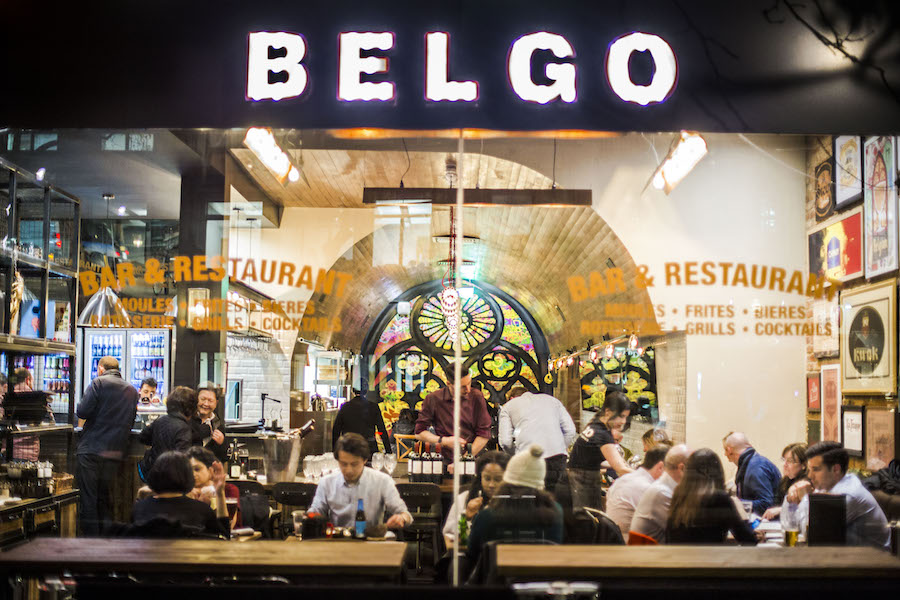 The next time someone suggests Belgo’s for dinner, take it from us at Tinman London and do not decline. Once the post work drink and dinner appetite get the better of you, head to the aforementioned and read on for why Belgo Holborn does not disappoint.

The decor is simple and “warehouse chic”, unimposing and a great backdrop to the cocktails, craft beers and delicious food

We visited on a Wednesday, Holborn was buzzy and we enjoyed people watching – groups of guys catching up and leisurely working their way through beers, date nights and girly catch ups alike! There is no stuffy dress code or regulations on the door, so the range of diners reflects an “all welcome” vibe.

Now Belgo is somewhere myself and my brother remember going as kids- nowhere near sophisticated enough to want the moules way back when but last Wednesday was a no brainer- they were definitely finding their way onto my table!! The starter portion was hearty enough to take the edge off the hunger that the Belgo’s Cosmo [this gets the massive thumbs up from me – some Cosmo’s can be a bit sharp but this was smooth and very moreish!] and Shimay Blue had initiated but I’m happy to report I still had PLENTY of room for my steak. What is Shimay Blue? Is that what I heard you say? Well my tip of the day is to check out the craft beers on the Belgos menu….My dining companion for the night, not content with craft beer, opted for Cheesy Beer Croquettes for his starter and they were food-envy inducing as far as I’m concerned – but he didn’t like mussels so no swapping allowed. 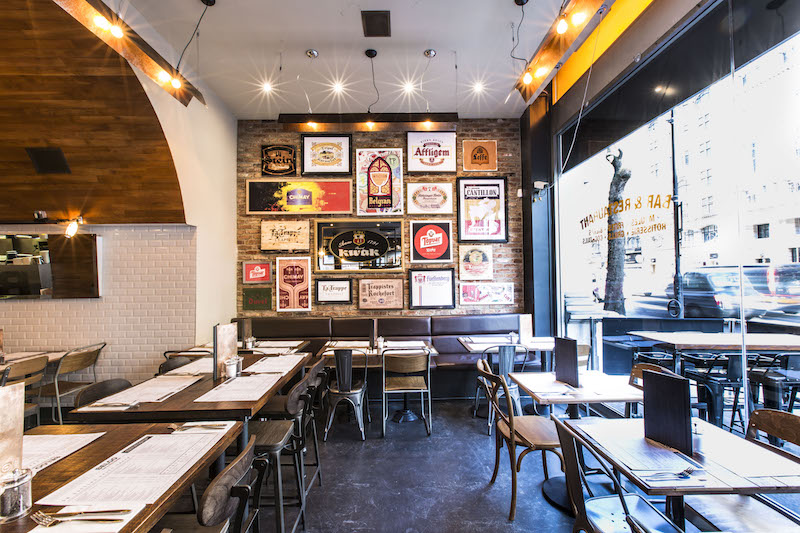 Our steak arrived in good time (not worryingly so- nothing worse than food that suddenly appears two minutes after placing an order!) and the skinny fries got the definite thumbs up from the chip connoisseur that accompanied me! We opted for sides of coleslaw (surprised as M and S coleslaw can’t be beaten when I’m eating steak at home!) and spinach- both optimum portions alongside the 7oz cut of beef.

As I’m writing this I’m almost cringing to admit that we didn’t pass on pudding – I would love to be the sort of person that had the above grub for dinner, got an attack of the guilts and spent an hour in the gym before and after work to rebalance my calorie intake but no, we both said YES to dessert and as with the starters, mains and drinks, were left salivating once we’d placed our order.

Belgo’s offer a “Build Your Own Dessert” menu and this had us choosing between a crepe or waffle at step 1, sauce at step 2 and then ice-cream flavor at step 3. Remarkably easy for us and the warm waffle and crepe (notably freshly prepared on site) were perfectly complimented by the salted caramel and orange sorbet ice cream respectively.

All in all if its nipping out for a bite to eat with a mate, a first date or a daytime lunch with some kids in tow, the menu at Belgo’s definitely has something for everyone and thanks to the slick service from all we encountered and the top notch food and drink, we are now Belgo’s goers.

How much?
See menu here