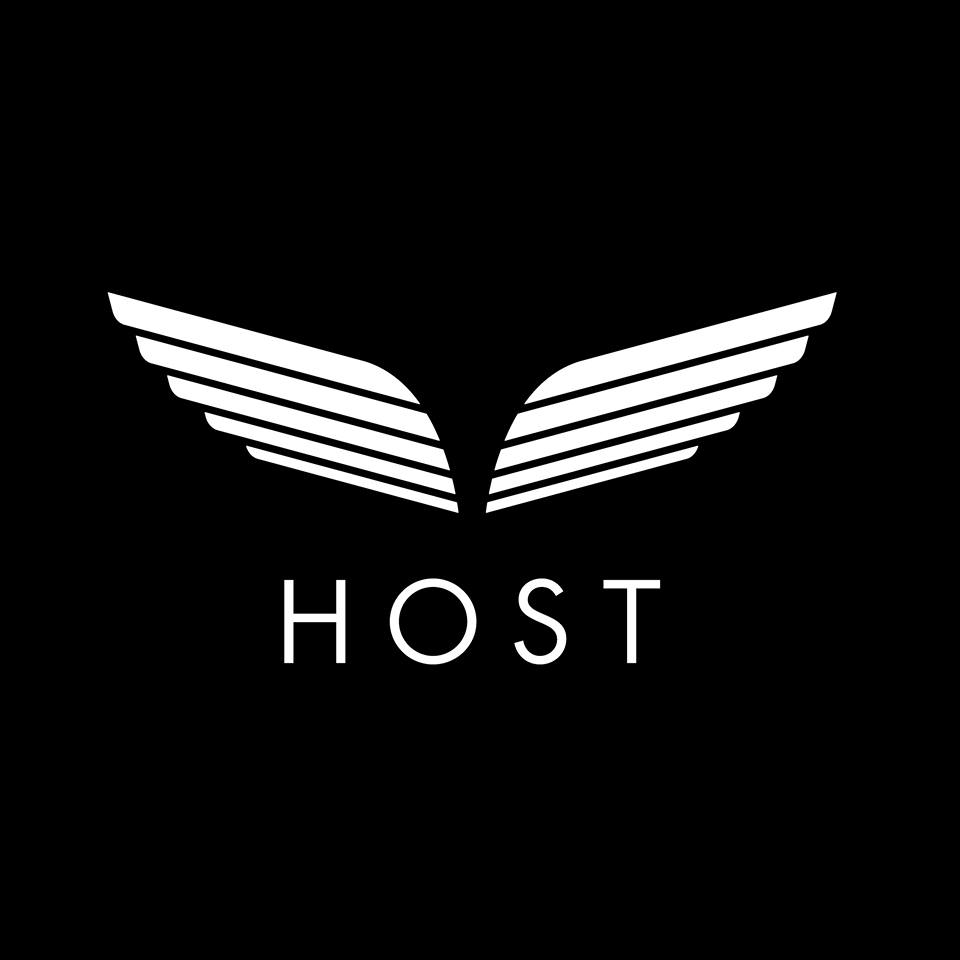 London based duo HOST have just released their debut AA side “All Night Every Night”/”State Of Your Soul”. The slick record is comprised of two dancefloor worthy tracks infused with motivating electro beats and modern disco influences.

We contacted them to talk about their musical journey, awkward encounters with old friends, and what it’s like to work with Steve Dub of Chemical Brothers. They’ve even handcrafted a playlist of their favourite London artists of the moment for us. Watch it unfold below.

TML: First of all, how are you?

How has your sound evolved from HOST’s inception to the present? How has what you’ve learned affected your approach to music?

H: It’s been a strange process. The first track we ever wrote together ended up being really good! Then it took us about a year to work out what was good about it and how to do it again. We realised what made the track our own was that we weren’t really overthinking things and now we just keep firing them out. Also we’re not really ‘dance producers’ in the typical sense, so I feel like we approach things with a certain kind of naivety which feels really freeing.

What was it like to work with Steve Dub of the Chemical Brothers?

H: It’s been amazing. It’s great to see someone working when you’re a fan of the records they’ve made. You can hear sounds he chooses that make you go: “Oh, I can see how that Chemical Brothers sound might have come about.” He’s also influenced the way we work together, and it’s made us push harder on things that we previously would have left alone.

“State Of Your Soul” seems to deal with the bittersweet pursuit of the feeling of freedom, and realizing that these moments are fleeting, temporary or meaningless. Is that accurate? What was the inspiration behind this track?

H: Yeah, I’d say that’s pretty accurate. Everyone has this time in their life when they’re having the best time with their friends and everything is amazing. At some point, things start to kind of fold in on themselves and everyone disperses….you meet them a few years later in the street and it’s slightly awkward.

Who are some of your favourite fellow London based artists of the moment?

H: Paranoid London – Eating Glue
We were writing in the studio and we kept hearing this amazing music coming from one of the other rooms. One day we put our ear to the door and the guy suddenly came out! We told him it sounded really great and asked the name of his project. It was Paranoid London. We went out and bought the record pretty much straight away.

Slovenlie – Distaster
She’s been working with our man Steve Dub as well. She’s got some new tracks (which we’ve heard) and they’re sounding amazing. So excited to see what’s going to happen with her.

The Mekanism – Lazy Night
This is a bit of a cheat because The Mekanism is based in Paris, but it’s out on Seth Troxler’s Play It Say It label- both of which are London based. Bringing the classic acid flavour back to the dance floor is never a bad thing in our eyes/ears.

Shura – Touch
We’ve been following her stuff for a while and she’s just a really cool pop-star. She seems like she’s genuinely focused on making really good pop music and we can respect that. “Touch” is one of our faves because it’s quite disco in the way that there’s almost no chorus, but it’s all chorus.

Special Request AKA Paul Woolford – Reset it
Pretty pleased to see that XL Recordings have returned to their ‘roots’ and starting doing these kind of rave 12s again.

Ghost Culture – Safe
Love the simplicity of this new track. Its the kind of record we play out when we DJ.

Also, Phantasy is a great label, the new Beyond The Wizards Sleeve is great, Daniel Avery, Cowboy Rythmbox, it goes on.

Keep an eye out for more releases from HOST. Order their debut 12″ here, and enjoy their exclusive curated playlist for us below.