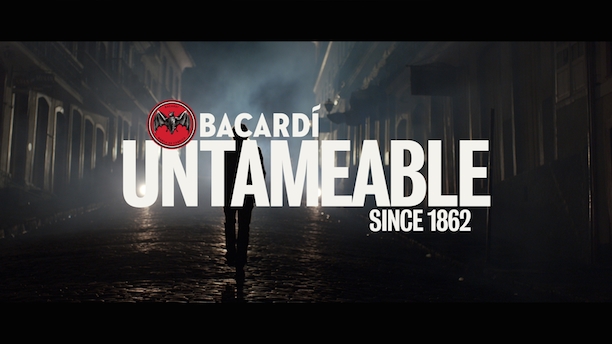 This coming Sunday (16/03/2014) Bacardí is launching its newest global campaign here in the UK – “BACARDÍ Untameable Since 1862” – revealing the relatively unknown heritage of the Bacardí family and the famous rum brand.

The global “Untameable” campaign highlights some of the turmoil that BACARDÍ has faced since its introduction in Cuba, back in 1861. The turbulence includes the fire of 1880, 1920 U.S Prohibition, an infamous earthquake in 1932 that destroyed much of Bacardí’s facilities and the revolutionary government, which seized Bacardí’s assets in 1960.

The new commercial, premiering this Sunday in the UK, was directed by award-winning Dante Ariola and was filmed in Ouro Preto, Brazil. Here’s an early bird viewing..

The tv ad represents Bacardí’s historical complications in a unique way, testimony to the Bacardí family’s true spirit for not just delivering a recipe for a tasty holiday punch, but for rolling with several heavyweight punches along the way! As the famous spirit-maker indicates, “The Bacardi family didn’t just survive — we thrived.”

Find out more about the Bacardí family’s incredible heritage via: