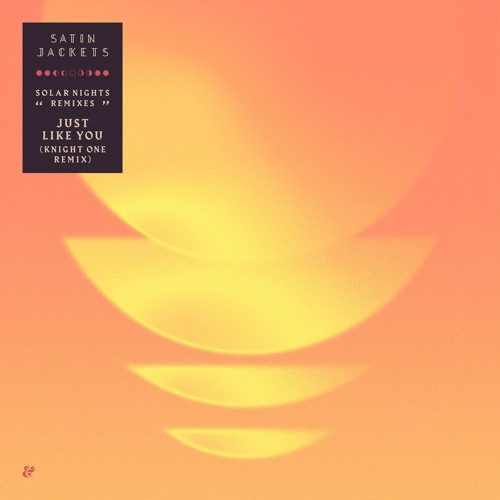 Since the release of Satin Jackets well-received second album, the German producer has been sharing interpretations of his tracks as part of the Solar Nights remix package. The new remix album features friends, old and new, reinterpreting several of the album’s best bits of work.

The final remix to be shared was this take of “Just Like You” from Dutch producer Knight One. This is Knight One’s return to Eskimo after a 5 year hiatus. The result is a seductive, sensual pop track that eases its way into your ears, massaging the brain’s pleasure centres.