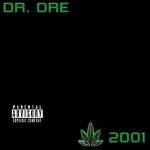 Undoubtedly Dr. Dre is the most significant figure in the history of rap music. What began as merely being a influential member of N.W.A., the self made rapper/producer has worked with a host of major names within RnB, Rap & HipHop.

Snoop Dogg, Eminem, Busta Rhymes, 50Cent and The Game have all been blessed with a collaboration. Having sold over 85 million records, and the creation of Beats By Dre, it’s safe to safe the Dr is not going broke anytime soon! Quite literally the most powerful and popular figure, the rap music game is “Still Dre”.