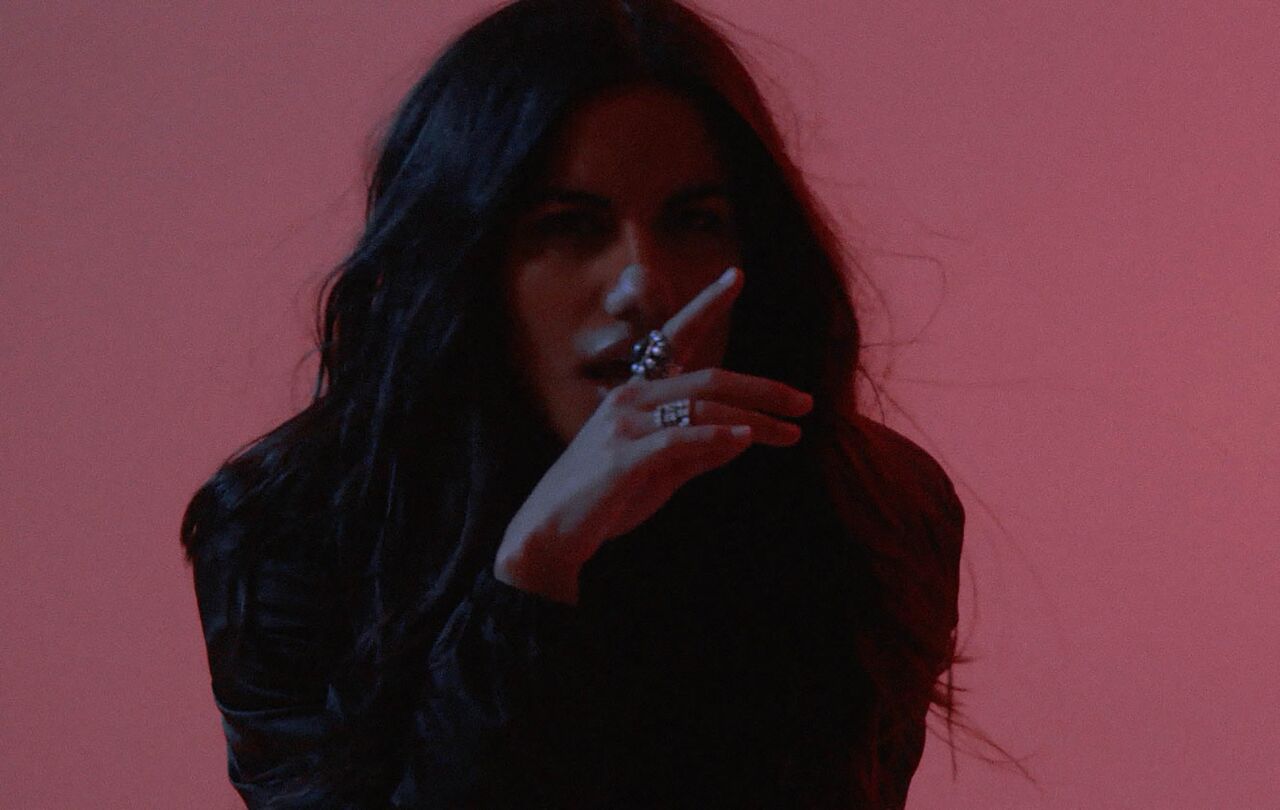 “Romantic sunsets aren’t for me. Flowers, for all I care, are some kind of tree,” so sings Sofi de la Torre, not your typical pop princess.

It’s not all bubblegum bliss and love letters to boys for this Spanish songstress. It’s more of a reclaiming of the pop genre. And she certainly ensures her music matches the criteria of her self-set genre: #popdoneright. “When I listen to something that’s good I’m like, aw man that’s pop done right. It’s a way to define something in a way that I haven’t heard something be defined like that before.”

Living in the Canary Islands, which she describes as being on a “permanent vacation”, Sofi has been recording music professionally for the past four years or so. Her music career began to take shape when Sofi travelled to LA to do a music course, then she moved to London to study Media and Communications. “I didn’t really think I could make music my career and then my manager found me and we started working together and it just took off from there really.” 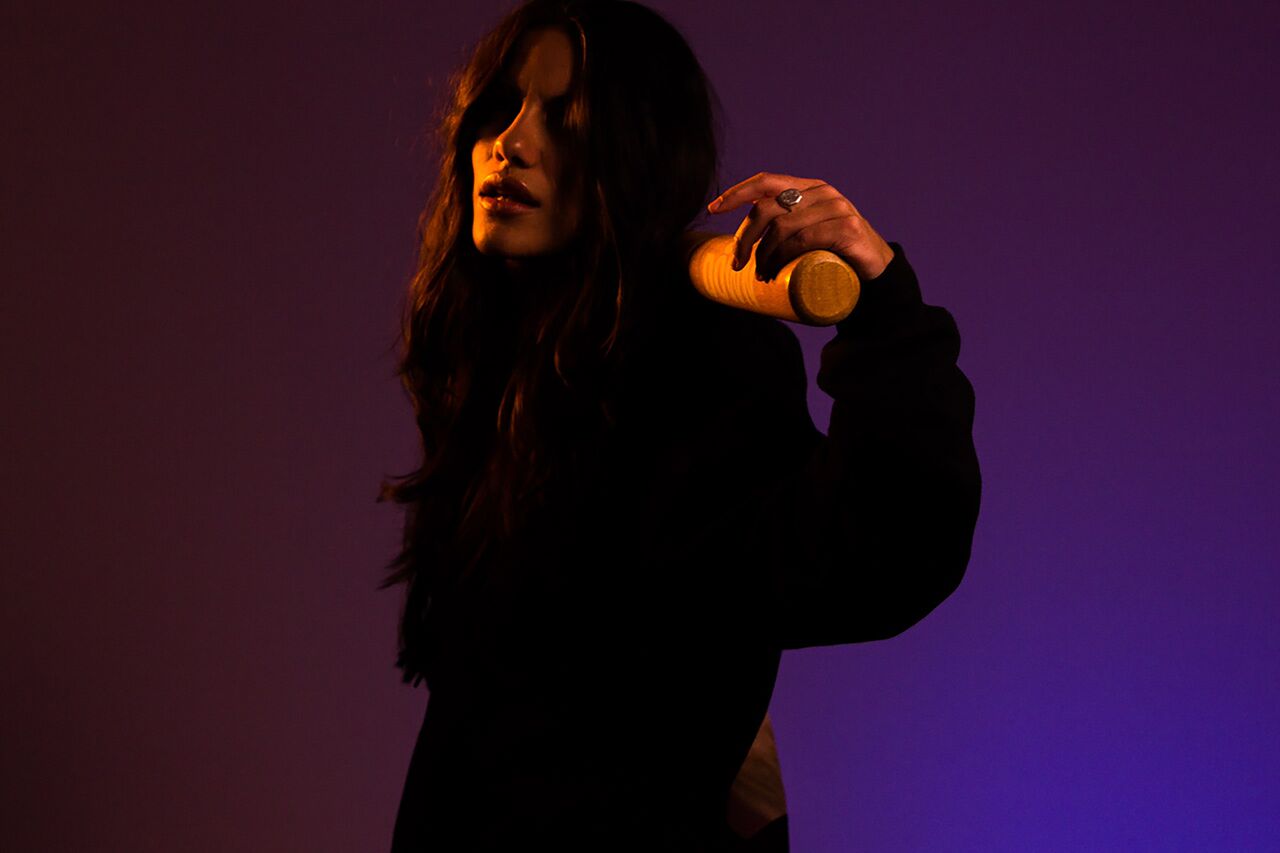 Living in LA and London has influenced her music, and Sofi credits these creative cities as having an effect on her writing: “it’s a super good environment to be in at some point in your life because it really shows you there’s a lot of talented people out there – and you will find a unique way to do it.”

Sofi describes the West Coast/LA and London music scenes as being like chalk and cheese, explaining there’s “a whole laid-backness from West Coast music that I don’t really find in the UK or in the London scene. I feel like it’s quite difficult to penetrate the UK music scene with pop, I feel it’s very unique and very closed – and not in a bad way, I think that’s good – but just trying to get into it from the outside is not as easy as say in the US.”

This hasn’t stopped her from trying. Having reached over a million plays on Spotify for her tracks ‘Give up at 2’ and ’19 in Mexico’, Sofi is proving that you don’t need to be signed to be successful in this digital age of music and media.

Working as an independent artist, Sofi designs all her own graphics and artwork, ensuring that her image as well as her music output is polished, fresh and slick, while ultimately remains in control. “I am quite a bit of a control freak so I enjoy doing it, I don’t feel like the project is done until I’ve done everything,” she explains.

Importantly for a musician, Sofi is in charge of her own social media accounts, but finds interacting with fans online “a bit of a double-edged sword.”

“I mean I love connecting with people and just putting my music up there… on the other hand I feel like social media is very superficial and a lot of people just want to see you look pretty in a picture.”

She continues, “when [people] comment stuff like what my style should be or what music I should be making, that affects me way more. I write my songs myself, I do everything myself and I work so hard to do something – those kind of things set me off. But it’s my choice to put myself out there so I can’t really complain too much.”

As for Sofi’s musical influences, she admits they’ve changed over the years as her writing has too. “When I started making music, it was a lot about John Mayer and singer-songwriter stuff – very much instrumental stuff… but once I started writing on Beats I found a whole new, different vision of what I could do with my melodies.”

On her Spotify playlist, you’ll find “anything and everything”, but Sofi admits she finds she gravitates towards RnB and hip-hop, with singers like Frank Ocean, Drake and Chance the Rapper shaping her own music style. And these influences are obvious throughout Sofi’s music, from songs like ‘London x Paris’ with its click-snap beats to the faster-paced ‘Colourblind Cruisin’, it’s consistently stylish music that blurs the lines of pop and hip-hop genres.

Now back to that sassy hashtag. If Sofi makes #popdoneright, are other artists “doing” pop wrong? “Absolutely not. I’ve been asked this before, like are you being an arrogant little…?

“When I started sending my stuff to blogs, people were like: ‘what type of music do you make, what would you define your music as?’ I could never really define it as one thing, it’s not super-obvious op, it’s not RnB even though it has influences, and it’s not hip-hop, so it’s like – what can I call this? And I started saying it’s pop done right. It brings something new to the pop spectrum in a way.”

So what lies ahead for the up and coming singer? Not one to shy away from new opportunities, Sofi is committed to producing more content, and pushing the boundaries of what she can achieve:“It’s a matter of not being afraid to move forward and doing what you want, rather than what other people might expect from you. I just don’t really wanna put any limit on what I can create.”

Sofi’s new single ‘Sit Down’ is out now, available to stream below, and you can catch her live in London at Camden’s Lock Tavern, this 29 June, for a free show. More details here.