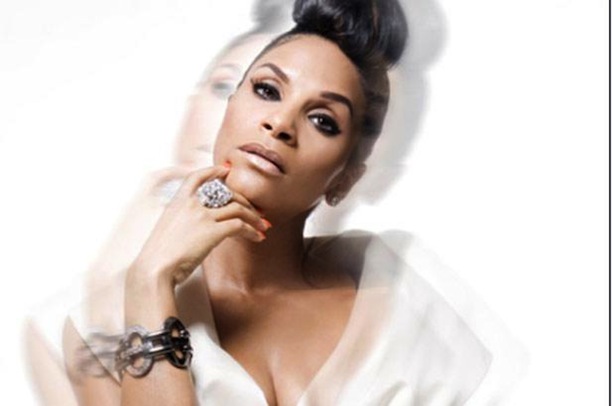 Having played the role of the co-driver throughout her musical career, Teedra Moses is taking the wheel, switching to the highest gear and moving into the fast lane with her own music in a race to stardom and success.

“I have a one track mind when it comes to conveying everything in one song,” she tells us. Having helped pen songs for artists such as Christina Milian and Macy Gray in the past, Teedra’s present and future is very much focused on her own music while others take the backseat for once.

“For years, I’ve stripped myself and held off when writing for other people. And at the minute, I’m just really engulfed in my execution of my art.” And it’s this kind of attitude which has led up to the release of ‘Cognac & Conversations’.

Having been in the works for two years, the record is a little more hip-hop than the R’n’B vibe we’re used to from Teedra, but she assures us: “I like the approach I’m taking at the moment. This is a progression I’ve always wanted.”

“All I Ever Wanted” by Teedra Moses

She recently played at Camden’s KOKO, has previously taken to the stage in the area’s famous Jazz Café, and loves playing to a London audience: “I always love playing in London, there’s real love and emotion there.”

But in what ways do the London crowd differ from her usual L.A. lovers? “I think London is experiencing the same music scene that LA did a while back.” Such a transition hints at a Snake Plissken Escape from L.A. scene, with a post-West-Coast dystopia soundtrack emerging in London.

“Be Your Girl” Kaytranada Remix

“People aren’t trying to make a certain kind of record,” she tells us of musicians in London. “There’s a lot of creative and innovative people who care around them, but sometimes people can follow the trend and lose touch with what’s new.”

Despite this, Teedra has a great admiration for South London’s own Jessie Ware, and her unique sound of the moment. It’s no surprise that Cognac & Conversations has such a strong hip-hop sound, when that’s Teedra’s genre du jour. She listens to the likes of Mississippi-born rapper Big K.R.I.T., all the way to Jangle Monae and Pharrell Williams – “he’s brilliant, and I’m really excited for his new album.”

Teedra was the first female artist to sign with Mayback Music Group, but she sees this deal as more of a partnership than a producer-manager-singer food chain. “They support my movement, I’m gonna look out for them and they’re gonna look out for me. They’re my allies and together we form an alliance.”

Her focus now is on “releasing a more commercial product, not just a release for the sake of it.” And will she be writing for anyone else in the meantime? “I’m so focused on my own project right now. But it’s been a cool journey, I feel new.”

It’s off to the races then for Teedra, and she’s certainly not cruising.