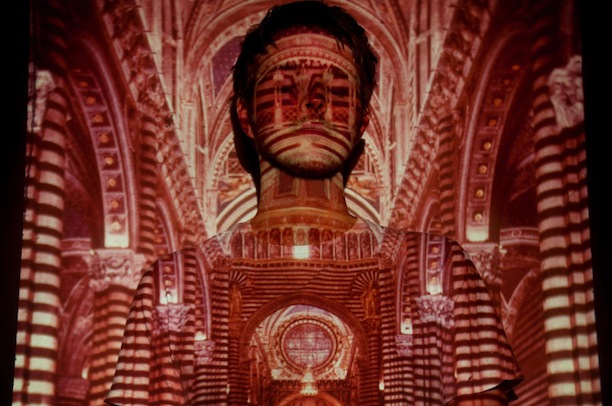 Don’t be fooled by the plural image that this UK DJ’s name denotes. The front and only man of Ambassadeurs, Mark Dobson is an electronic producer and DJ from Brighton. He dabbles in song composition, reworking, mastering and even boasts a little culinary flair on the side. Since making his music available to download for free via Souncloud, Ambassadeurs has been making waves in the progressive DJ scene and quite rightly so. The indefinable quality to Dobson’s soundscape amalgamation is what makes his work so unique and interesting. Though Mark is currently residing in Brighton with hopes to move to the big smoke next year his tunes have already beaten him here. This week us London folk at TinMan London wanted to find out more, so caught up with the humble 24 year old to quiz him on his inspirations, influences and his plans for 2014.

Hey Mark, thanks for talking to us today..

So how’s it going, what have you been upto recently? Working hard?

Yeh I’ve been working a lot in the studios putting together my album, so that’s what’s to be expected for 2014.

In your earlier stuff you can tell there is a hefty load of hip hop and R’n’B influences, what are we to expect from your new work?

No no…there’s enough of that going round at the moment. No, still very electronic but just a bit more up tempo. Like a combination of different tempos, its got a bit of footwork influence too. There’s still a bit of hip hop too.

So despite the evident genre blurring these days you’d describe your work as electronic yeh?

There has been a lot of talk recently about the evolution and take over of EDM. It seems the way to bring in the big bucks is to wack out a catchy EDM track and that’s it. Are you every tempted to pop a Dizzee sample on it or go down the EDM route?

Haha hmmm, no not really. I mean I’ve sampled R Kelly before and that was pretty fun but I doubt I’d just release an EDM track for the hell of it. If the time was right then maybe but I guess you’d have to ask me then haha.

So you’ve been working on a lot of new stuff…I read somewhere that you were the other half of the talented Yumi and the Weather..

No no I’ve just done a bit of work with her….she produced most of her tracks we just worked on one together.

So no future of a collab there?

No I’m not ruling it out, actually we started a song a couple of months ago which was pretty cool. Haha I don’t really know what happened to that one. I guess she started gigging loads and so did I so it kind of fell to the way side. Hmm maybe I should pick that one up again in the future.

Talking about vocals, where do you get most of your samples from, or do you record a lot yourself?

Umm, from all over really. I’m actually coming up to London to record some vocals soon. But otherwise I pretty much try to find stuff that isn’t necessarily instantly recognisable. I try not to sample anything to mainstream…

Haha to keep an element of mystery?

I bet you’ve had to do a lot of these interviews….have you ever had any weird questions?

Weird questions..? No they’ve all been your standard interview really, this is my first telephone interview…scary stuff!

I’m not surprised that’s terrible! Even so, I’d have no idea how to describe myself as a cheese.

Ha ok don’t worry I won’t ask you then…

If you could have a super power what would it be?

Urrrmm that’s tricky. I’d probably like to be able to play every instrument in the world incredibly well.

Ok that’s kind of lame…and not really a power..ok flying would be pretty awesome. I’d love to be able to fly.

So if you had to describe your music in three words what would they be?

Umm menagerie (is that a word?), collage? Soundscape?

Yeh there is a lot of layering to your work, is that fundamental to your music?

Yeh definitely, I’m not overly into the whole minimal thing. I guess I really like it when a song has got loads of different elements to it that you want to listen over and over again and every time you do you notice something new! That’s what I try to do with my songs, although sometimes it can get a bit crazy with too much going on…

So if you had to pick one song to describe yourself and your music what would it be?

Well I mean, if you need inspiration mines probably ‘Genie in a bottle’ by Christina Aguilera. (Only kind of kidding).

(still scrolling) All I can find on here is stuff like Blink 182 and Wheatus.

Don’t worry…we can come back to that later. So was there ever a Plan B or other hobby you would have pursued had you not gone down the music route?

Well yeh I actually used to be a chef!

Yeh I used to work at this cool venue which was like an old decommissioned church that they made into a restaurant. They also put on live music and did photography exhibitions and stuff. But then I kind of fell out of love with the whole chef-ing business. I had kind of turned my hobby into a job and it just became less appealing. Besides I was starting to make more music at the time and really got into that and I started playing a lot more live and it was doing well and it was really fun so I went with that.

So cooking is plan B?

No no not anymore…probably plan C…no not even. Last resort Plan D I reckon. I just like to keep it as a hobby now.

So what’s number one in your alchemy then, your signature?

Hmm I can make a pretty mean fresh pasta.

Impressive…what sauce would you put with that then?

Probably a wild mushroom, truffle oil and parmesan one. So yeh Plan A was always music though really…Plan B probably my mastering. I also do a lot of mastering work on the side for other people which is cool.

My Plan A was stunt man, or a pop star…that didn’t work out too well.

Ha stunt man…I don’t even know how you’d get into that. Yeh I always wanted to be in a band. I was in a band at school we weren’t too bad actually. Did a lot of covers. I played the guitar and attempted singing once. Then stopped…

Ahh I’ve got it…my song to describe me is probably Led Zepplin – custard pie…oh no wait Dazed & Confused. Yeh that pretty much sums me up.

So is your music inspired by Led Zepplin at all do you reckon?

No not obviously, although maybe subconsciously a bit.

So we can’t be expecting any samples in the future then..

Haha maybe not, although I actually sampled the drum base from When the Levee Breaks once! So watch this space you never know.

———-
With an extensive body of musical work flooded with Rock, Hip Hop and RnB influences it seems there is nothing this Brighton based youngster is afraid to challenge. His new album is exciting to say the least and with more gigs and potential festival slots all up his sleeve 2014 is going to be a busy and hopefully/undoubtedly successful one for Ambassadeurs.

Ambassadeurs – Alone In The Light EP

With thanks to Alchemy PR.