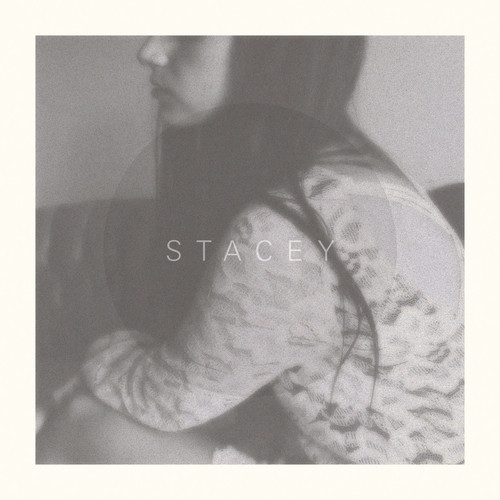 Meet STACEY. Yeah, STACEY with a capital S-T-A-C-E-Y. You’re not gonna miss this misnomer anytime soon. She’s 23, Toronto born and based, and produces the kind of music you’d hear on the soundtrack to an angsty TV show like Dawson’s Creek.

STACEY has played piano for 16 years, but it wasn’t until five years ago she began singing and experimenting with writing. “Music has always been my true love and passion. I’ve dreamed of a career as a musician for as long as I can remember. But this is a bit of a foreign idea to a family of engineers.”

Before perusing music, STACEY studied industrial engineering at the University of Toronto, and moonlights as an information architect at a digital advertising agency, when she isn’t working on becoming the next Stevie Nicks.

“This job has actually helped my music career in a lot of ways, so I feel pretty lucky to have found a great balance for the time being.” She specialises in user experience software, which might explain the visuals in her latest video, “Worst Part“.

(Think Dawson’s Creek). Worst Part is the kind of song that plays when Dawson is saying goodbye to Joey at the airport before moving to LA to stalk Steven Spielberg. “The worst part’s wanting more, when you’re walking out the door, and my jaw drops to the floor,” she sings, summing up exactly how Katie Holmes felt before she got a modelling deal with Bobbi Brown, and frowning is contractually forbidden.

Nietzsche, Dostoyevsky, Kafka, Miley, STACEY. So 2014 brings fourth a new name in existential pop. She ponders the idea of the musician – the will to music, if you will: “Before I ever started writing or singing, I was fascinated with the notion of the musician and the art of creating a song, an album, a music video, performing and touring – creating a genuine musical identity. I had no idea how it all fit together. Now that I’ve scratched the surface on my own career, this admiration has grown stronger, knowing all of the hard work that goes into being a musician.”

One blog has labelled STACEY’s music as “piano-based sad girl pop” (http://www.feckingdeadly.com), but she contests this idea, instead citing it as: “waterfalls of cathedral reverb, Technicolor production with microscopic details, lyrics emanating a requiem for often unrequited love and melodies rife with the delicacy of raw, unadulterated romance.” So basically, an episode’s worth of raw, unadulterated Dawson’s-Creek-emotion. Only more reverb, and maybe a little less Technicolor production.

“Sleep Alone” would perfectly soundtrack the season one episode, Detention, where Joey almost has a full-on mental breakdown in the library because she’s not getting any like all of the other Dawson’s River kids, apparently.

Only, STACEY relays her feelings a lot better than Miss Potter, it has to be said. “Each song is a reflection of how I’ve felt in a specific situation. They are real and incredibly personal emotions that I am only able to articulate through song writing in the privacy of my bedroom, late at night.”

After working on material for almost a year, STACEY released her first album in December, and has been touring to promote her self-titled EP. And in true tech-savvy-up-and-coming-artist fashion, STACEY’s been using USB cards to distribute her music at shows. “I believe that people still value having a tangible medium for music. The USB card combines the convenience of digital and the sentimental value of physical.”

As well as containing songs, photos and exclusive content, each card contains a unique story written in a text file. “I think adding the extra care and personalization is important; it brings the musician closer to the listener and vice versa. Another perk is the 2GBs of storage. It works like any other flash drive, so you can reuse it.”

One thing that makes performing live so unique for STACEY is the people in attendance. She cites the night of her album launch at Measure, in Toronto, as a particularly moving experience. “It was also really wild to meet people that had heard the music and specifically came out to watch my set. My song writing is my main form of release. What amplifies this even more is seeing people in the audience falling into the moment with me and sharing a connection.”

STACEY will be playing with fellow Canadian performers, For Esmé, this Spring. Her impressive album is available to stream below.