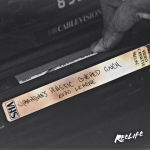 Bronx up and comer Euro League treats fans to an inside look at his childhood with his fresh new released record and accompanied visual to: “Grandma’sPlastic Covered Couch.”
Directed by Matt Schaff, GPCC follows Euro’s nods from TDE’s Kendrick Lamar, ScHoolboy Q and Willie B and more! Press play and give it a spin.